Portland’s Connection to the World. SIGN Fracture Care International, a humanitarian non-profit with headquarters in Richland, Washington, has deep roots in Portland.

SIGN was founded in 1999 by Dr. Lewis Zirkle, Jr., a Vietnam veteran and orthopaedic surgeon. Dr. Zirkle was drafted and served in the Army on the front lines in Southeast Asia during the height of the conflict. By his own admission, he returned from South Vietnam a changed man. Post-traumatic stress disorder (PTSD) had a lot to do with that.

The Richland physician often calls himself a “wounded healer.” For more than 40 years, he’s been driven to help innocent civilians recover from broken bones and broken spirits. Through SIGN, Dr. Zirkle’s also created significant healing in his own life.

Dr. Zirkle’s vision of “creating equality of fracture care around the world” was, to say the least, ambitious. Making othopaedic care accessible in developing countries was obviously not a mission he could handle alone.

In search of a kindred spirit with significant medical equipment engineering skills – Dr. Zirkle tracked down Randy Huebner, who along with his wife Mary, founded a company called Acumed, based in Hillsboro.

The Zirkle-Huebner connection was magical and immediate.

During the past 15 years, SIGN and Acumed have collaborated on dozens of innovative orthopaedic designs. But, most of the heavy lifting these days is being handled in Richland by Dr. Zirkle and SIGN’s designers, engineers and manufacturing team. Their implants and instruments, manufactured at SIGN headquarters, are donated or provided on a cost reimbursement to under-resourced hospitals.

The SIGN Intramedullary Nail System has enabled surgeons to treat more than 131,000 patients in developing countries. SIGN is known for creative and innovative designs and received the 2013 Patent for Humanity Award.

In addition, SIGN coordinates training of surgeons in the use of their equipment as well as other orthopaedic procedures.

To date, SIGN has trained more than 5000 surgeons in 51 developing countries. Employees at Acumed continue to donate and expertise their time by providing product engineering and design support and by sorting, packing and shipping orthopaedic implants and surgical kits. 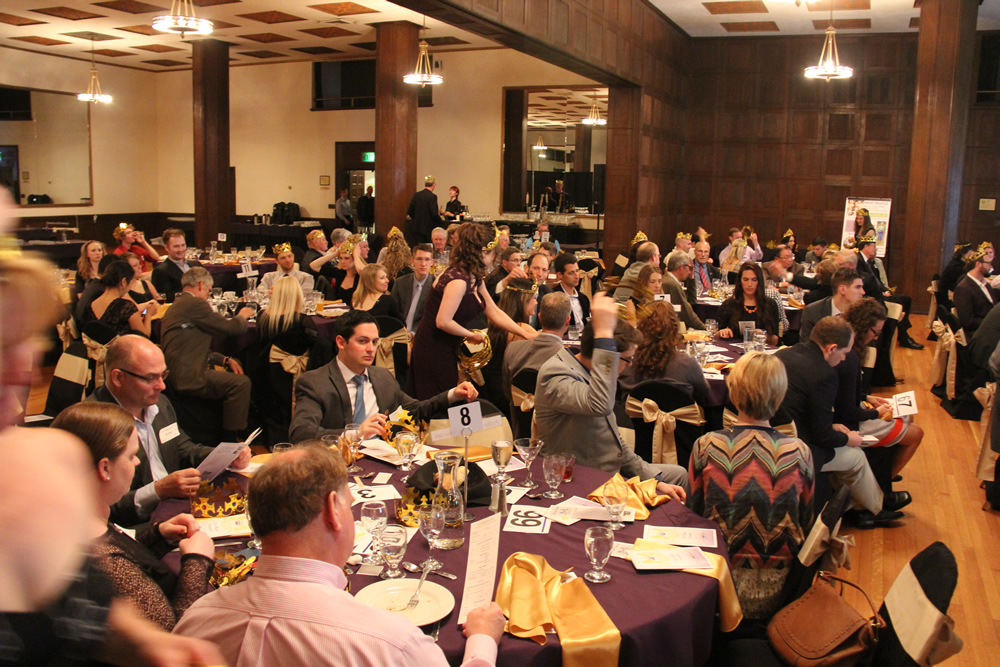 SIGN supporters at one of the ballrooms in the Tiffany Center.

The event was a huge success, raising more than $100,000 for SIGN projects in Haiti. A broadcast television documentary is in the works about SIGN Fracture Care International. Tentatively entitled A JOURNEY OF COMPASSION, the project is being developed by CTTS Productions in Cincinnati, Ohio. The 30-minute documentary is expected to focus on Dr. Zirkle’s vision, as well as SIGN’s connection to Portland.

Here’s a look at the film’s first official trailer:

A Journey of Compassion – Teaser Trailer from CTTS Productions on Vimeo. The “Wash Them Or Freeze Them” Debate? What Are YOU Doing for New Year’s Eve?

Teaching Children the Language of Friendship