One Key Question Initiative “Would you like to become pregnant in the next year?”

On April 23, 2014 the Portland City Council passed a resolution endorsing the One Key Question (OKQ) Initiative. The OKQ initiative was created by the Oregon Foundation for Reproductive Health to address the issue of reproductive health services for women in primary care facilities.

The initiative is to encourage all primary care practitioners to ask the One Key Question of all reproductive-age women during all health care visits, namely, “Do you want to become pregnant in the next year?”  If the answer is Yes or Maybe, screening for pre-existing conditions and instruction to take folic acid pre-conception is given.  If the answer is No, a discussion of effective contraception should follow.

“This is a very important initiative.  I want folks to know about it because the city does fund some social services that then provide health care,” said Commissioner Amanda Fritz, talking about why this initiative is valuable to the city, even though the city is not a direct provider of healthcare.

The presentation was given by Michelle Stranger-Hunter, Executive Director of the Oregon Foundation for Reproductive Health, who noted that this made-in-Oregon initiative is being taken up in jurisdictions all over the country.  Former Multnomah County Commissioner Deborah Kafoury, who was a key sponsor of the initial pilot study, pledged her ongoing support to promoting it in Multnomah County health care clinics, noting that one in ten women living in Multnomah County receive their health care in County clinics.

One Key Question has been endorsed nationally and locally. Dr. Sharon Meieran, Medical Director for the Oregon Foundation for Reproductive Health and an Emergency Room physician, said that if all primary care practitioners begin asking the question as a best practice, the number of ER visits due to complications of pregnancy would go down.

The Multnomah County Health Department piloted the One Key Question initiative between November 2013 and February 2014. The pilot consisted of one primary care practitioner surveying 100 women of reproductive age (18-50). The results showed that One Key Question can have a significant impact on women’s health. 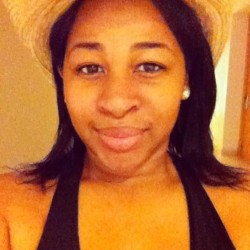 Jasmine is the News contributor, Commentator, Essayist for PRP. She graduated from Washington State University with a degree in Political Science and minor in Communication. She enjoys attending Portland Trailblazer games, hiking and spending time with her family. Jasmine was born and raised in Portland and is passionate about helping her community by writing stories that inform people of current affairs and social issues.