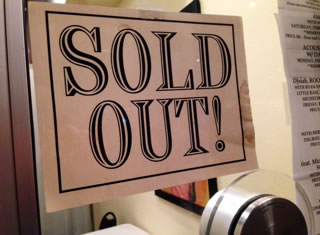 Amos Lee and band: a stunning performance that raises the bar, it was a show Eugene fans won’t soon forget.

Promoting his latest “Mountains of Sorrow, Rivers of Song” release, Americana singer-songwriter Amos Lee is currently touring the northwest and played to a sold-out crowd at Eugene’s McDonald Theater Saturday night. Opening with a riveting performance of “Windows are Rolled Down,” Lee’s demeanor, setlist and showmanship got better and better from there.

Windows are Rolled Down

Crowd favorites? There were so many it’s daunting to pick, but without a doubt “Supply and Demand,” “Jesus” and “Arms of a Woman” elicited audience participation and adoration. “The Man Who Wants You” and some outstanding pedal steel on “Chill in the Air,” both from the exemplary new release, were equally wonderful highlights.

The Man Who Wants You – The Tonight Show

Lee was entertaining and funny, telling fans he was “falling in love” with them, that he and the band had been practicing in the McDonald Theater “all week long,” and sharing a colorful and animated story about performing with Band member and music icon Levon Helm.

The expert musicianship of Amos Lee’s 5-piece band (pedal steel, keyboards, 2 guitars, bass and drums) was nothing short of astounding. Lee noted that before the night’s end, the band would play more than 25 instruments (squeezebox, mandolin and banjo among them). Even the lighting was impressive, featuring subtle, stunning color changes with wistful hues cued to tempos and lyrics. Kudos to the lighting technician(s).

After playing for about 90 minutes, Amos Lee and the band left the stage to a standing ovation. They returned to perform several more tracks including the electric “High Water” from the new release, keeping the sell-out crowd on its feet.

All-in-all, Amos Lee’s whistle stop in Eugene was a generous, wonderful performance that raises the bar for the rest of 2014 here in the Pacific Northwest. He heads to California, Texas and Missouri soon, but performs tonight in Portland at the Schnitzer and at Seattle’s Paramount Theater on Monday. Don’t miss him. The bluegrass band Black Prairie from Portland opened the night with a short but impressive set list of their own.

Highlights included some great pedal steel on “Nowhere, Massachusetts” and an energetic and memorable “Rock of Ages,” both from their “A Tear in the Eye is a Wound in the Heart” release.

The band, just up from Arcata, won the crowd over with new tracks off their soon-to-be-released album “Fortune.” Black Prairie plays the Sasquatch! music fest at The Gorge in July. Jake Bugg Brings Down the Rafters at Wonder Ballroom