Saturday night at Star Theater was clearly THE place to be. Tyler Stenson drew a packed house for his tribute show in homage to the band he gives credit to for his music styling.

A listening party at a friend’s 14 years ago forever changed his songwriting approach. He counts himself as the love child of Josh Ritter and the Counting Crows, but Adam Duritz and Counting Crows came first. Without them, he might have ended up a country musician but instead he has forged his path along what he calls, “Elegant Folk.”

Not only is Tyler a talented musician with a gift for vivid storytelling, he is also a savvy engineer of social media and through this has developed a massive group of devoted fans, often tagged, #TeamTyler. He is always looking for new and creative ways to reach an audience so in an effort to start off the New Year with something different, he decided to put his own music aside for one night in order to play the music of his all-time biggest influence. Thus, the Counting Crows Tribute Concert featuring Tyler and the Black-Winged Birds was conceived. The Black-Winged Birds was comprised of members from his former Wyoming band, Lander, as well as other local musicians he has shared a stage with at times; Corey Kintzi, Matt Putnam, Ken Hess, Arcellus Sykes, Erin Adkisson, Jean-Pierre Garau, Peter Rodocker, and Ravi Gadad. To close out the show, he couldn’t have picked a better fitting act than The Brian Odell Band. You can read more about their set following this review. The set list covered CC’s Greatest Hits from “August and Everything After,” “Recovering the Satellites,” “This Desert Life,” and “Hard Candy,” 1993-2002. Starting off with “Round Here,” the audience was instantly engaged by singing along to words they knew well. Portland certainly has a fondness for its tribute bands and it is not hard to realize why when you go to a show like this one that is full of tight musicianship that does the name band justice. You could tell from the smile on their faces that performing this music was one of pure joy, with each artist putting their all into their role. Watching Tyler onstage throughout the night was like seeing the young Tyler that was smitten by his mentor Adam Duritz and band. His ear to ear grin never left his face, and his entire being was thrown into this performance.  At one point leading up to the show, Adam Duritz retweeted one of Tyler’s tweets, endorsing the show. It was recorded live, so hopefully, Adam will get to watch it and see that Tyler did him well. It is often a guessing game to see how many will come out on any given night, and that was certainly the case here. Any fears of a small crowd were quickly put to rest as the theater filled to just under capacity. From the first bars of music to the very last note, the entire audience was captivated. Sometimes one can go to a show and feel that magic is in the making, and Saturday’s show was definitely one of those times. It didn’t take long to realize the night was a success, and one that bears repeating. Fortunately, for all those Tyler Stenson and Counting Crows fans, we will be rewarded with another. The Brian Odell Band is an American rock band whose roots are firmly grounded in funk, fusion, rock, jazz, and folk. Having seen Brian before, this was the first time seeing him with the full band, comprised of members, Mike Yesenofski on Bass, Marcus McQuade, Drums, Brandon Ficquette, Electric Guitar, and Bob Baker on Violin. 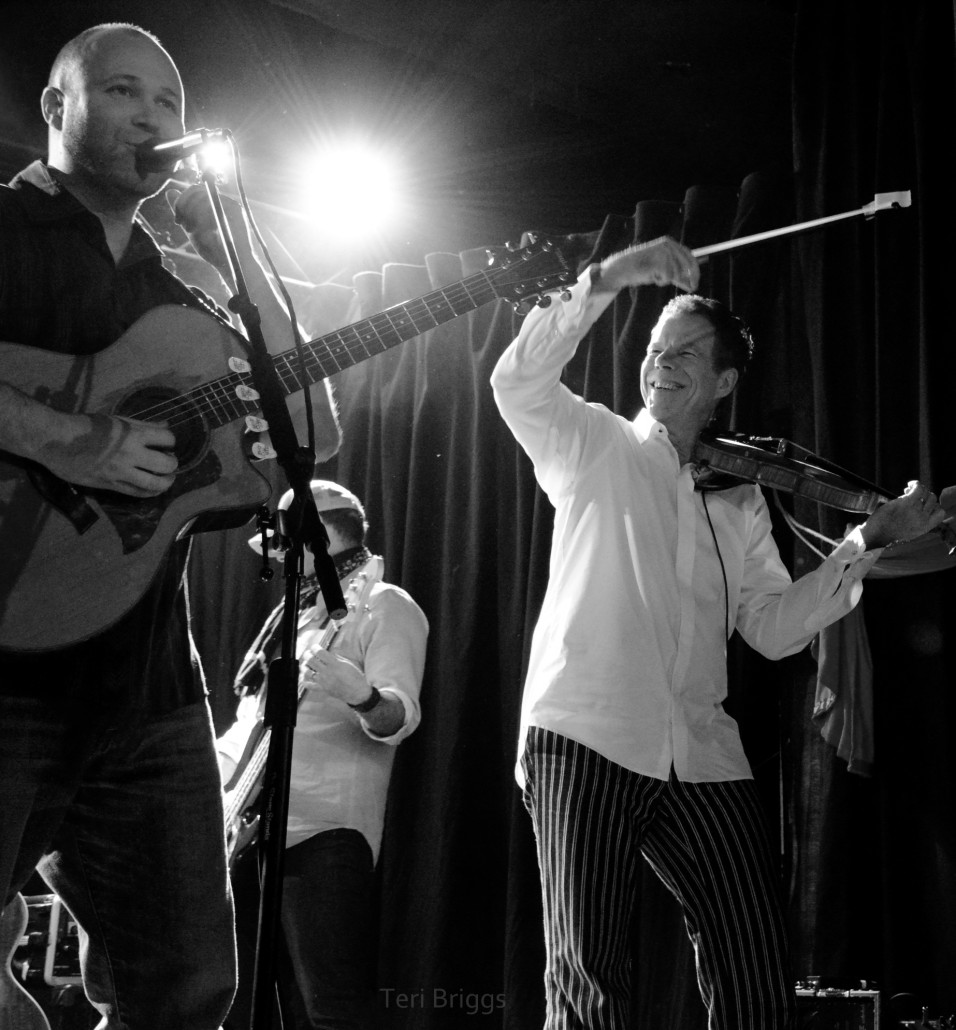 They played a tight set, with an easy camaraderie between players that was evident. Bob’s joyful energy and amazing violin skills add an extra spark to the band. Whether they perform covers from the likes of Dave Matthews, Bill Withers, and Imagine Dragons, or from their catalog of original material, Brian and band give a performance that does not disappoint. The band’s next show is Friday, February 5th, at Gemini Pub in Lake Oswego. Drop-In Session – Jacob Merlin on Songs From The Source with Guest Host Heather...