Big thanks to Josh from Redwood Son for hanging with Team Rock Block in to the PRP studio this week! Redwood Son’s music is a genre mashup Josh calls “country funk.” Meaningful, moving lyrics that touch the heart are combined with soulful, upbeat instrumentals. And recognition has rightly followed — his 2011 “Best New Artist” award at the Portland Music Awards established Josh as a true Northwest musical force. During the session, PRP listeners were treated to unreleased music from Redwood Son’s current projects. Plus, Josh shared inside info on fantastic local artists that have his ear. He’s also stoked to play in a “locals only” original music festival this November. 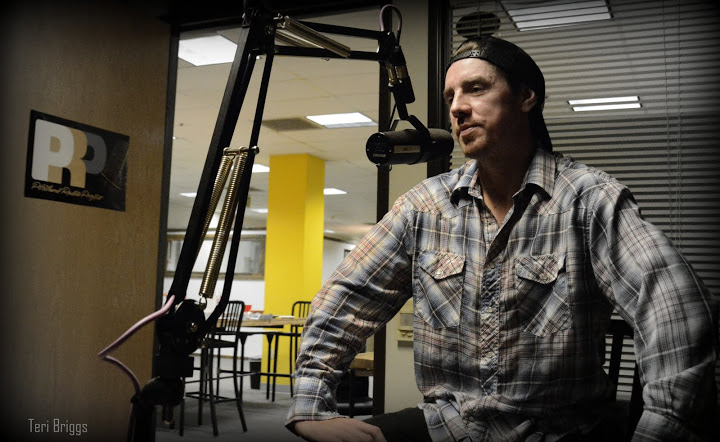 Josh is a prime example of what makes a local musician successful. In addition to his personal projects, he’s always willing to be a support player with other bands he believes in. We so appreciate Josh referring Rock Block to at least a dozen local groups. Look for them in the PRP playlist soon! And get a taste with the podcast below — it’s a treasure trove of Josh’s musical recos. Redwood Son will be playing in a lineup of 19 other bands at the mogo Portland Music Festival November 20-21. These performers represent the best in local music across a wide variety of music genres. The uniting, bonding power of music is a great motivator for Josh — he’s super excited to be included. Fan notes: Redwood Son is going through a “rebranding” process right now. While they redesign their ReverbNation page, they’re posting updates and links on Facebook. Redwood Son’s released music is currently available on ITunes and ReverbNation, soon to be joined by a new album! “Under the Covers” Turns 5!