Looking for compelling new music to tickle your earbuds?

Portland’s Souvenir Driver may be just the ticket.

Their moody, melodic sound – a great blend of shoe gaze, pop and rock – is easy to get hooked on.

They recently released epic 4-track EP “Brace Yourself” in response to Trump’s election. And, their new album is about to drop.

Portland Radio Project has added 2 tracks from “Brace Yourself” to our playlist – their contemplative “Winter Birds” and fiery rocker, “Glass Ceiling.”

While the band may be busy, lead singer and songwriter Nate Wey took time out to fill us in on their creative process and their music.

PRP: “How did the band get started?”

SD: “Souvenir Driver started as a solo bedroom project. After I had written a half dozen songs or so, I put a band together to play them live.”

PRP: “Where did the band perform to promote ‘Living Water?’ Where are you touring now?”

SD: “The last release we played a handful of shows outside Oregon including the Desert Stars festival in Joshua tree. Headliners included Swervedriver and The Lemonheads.”

“We just finished a short tour behind the EP, and we’ll be doing more touring behind the upcoming album.”

SD: “The new EP is a direct response to Trump’s election. It was written and recorded between his electoral win, and his inauguration. We never wrote political music in the past. But his victory shook up our reality, and when we got together we couldn’t help but write music about it.”

“We wrote the four songs in about a week, and then recorded them in one day. It was a very different process than our other records!”

PRP: “How has “Brace Yourself” been selling, has it gotten much airplay?”

SD: “For a band the size of ours it’s been selling pretty well. Nothing too crazy but it did better than we thought it would – especially since it’s only digitally available on Bandcamp.”

“All the proceeds go to non profits, and I’m glad we’ve been able to give something back. Plus, donating our sales encouraged me to sign up for personal monthly donations which is nice.”

PRP: “Which tracks do you enjoy playing most live – which tracks elicit the most response from fans?”

SD: “From the new EP, the song “Glass Ceiling” definitely gets the biggest response. We’ve begun closing sets with it.”

PRP: “Any additional Oregon shows after the new CD releases?”

SD: “Yes! We just finished a west coast tour and our next show is April 29 at The Fixin To in St Johns.”

These days, most songs are written collectively by the band and their music has been licensed to MTV and the Oxygen Network.

Here’s “Glass Ceiling,” the kick-ass track the band has been closing its sets with:

Their soon-to-be released “Souvenir Driver” was partly recorded in an isolated Mt Hood cabin and was mixed by Gregg Williams (Dandy Warhols, Blitzen Trapper); from that album, we think you’ll love “Voices of a Traveler.” The new album releases Friday.

Find music by Souvenir Driver on iTunes or on their website. All proceeds from the stellar Brace Yourself go to nonprofits including Planned Parenthood and ACLU. 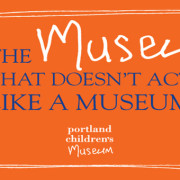 New on the music scene
0 replies