If you’re in the market for new music that’s both folksy and can kick up some excitement, consider “Animal Dreams” by Seattle-based Americana artist Kate Lynne Logan. PRP’s Contributing Music Enthusiast, Cynthia Orlando, brings us the details. 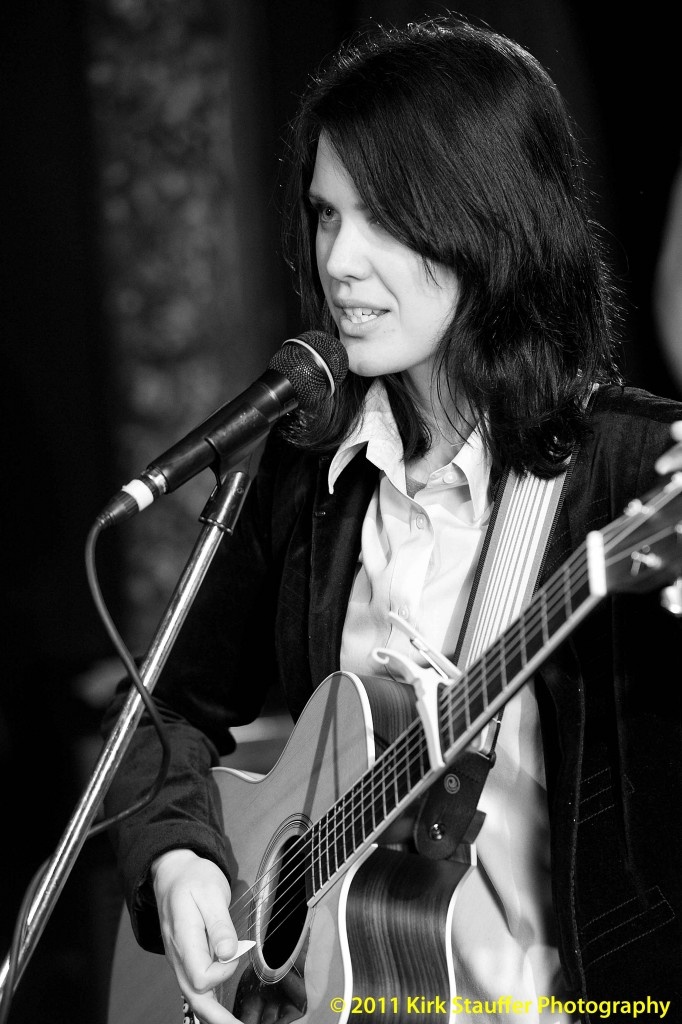 If you’re in the market for new music that’s both folksy and can kick up some excitement, consider “Animal Dreams” by Seattle-based Americana artist Kate Lynne Logan.

“Animal Dreams” opens mightily with “90 Proof,” a sultry, haunting, compelling composition by this promising artist. It’s a powerful arrangement with Logan on acoustic guitar, some serious banjo, great sizzling lead guitar, and through it all, Logan’s distinctive, smooth-as-silk vocals.

Her beautifully melancholic “Whiskey Sea” is made of similar fabric. It’s filled with great vocals and piano touches, quiet longing and expertly-played pedal steel you’re sure to love. Bravo. Songs like “Little White Truck” show Logan’s diverse styles and could fit easily into a Top 40 Country Western playlist – but Americana is probably the best genre to describe her acoustic “Heaven’s Door,” or the raucous “Ghost Town,” a fine synthesis of banjo, strong vocals, reflective storytelling and great drumming.

Kate Lynne Logan grew up in the farming community of Waterville, Washington. She played violin as a 14 year-old and took up guitar at 15. She’s played throughout Oregon, Washington, Idaho, California, New Mexico and Colorado. Since becoming a professional musician, she’s performed at the Triple Door in Seattle, Portland’s Secret Society, and opened a show for Brandi Carlile in 2012 (Carlile also began her career performing in Seattle music clubs).

She has 2 EP’s and one prior studio CD, “Awakening,” to her credit. A skilled and prolific songwriter, Logan says she strives to write a new song every week.

The rich sound of “Animal Dreams” Country-rocker “All Those Years” is another album highlight, a tight and engaging performance by Logan and band. Suffice it to say, Logan and sound engineer Dylan Fant are a winning combination; he has a way with sound, arranging and mixing that gives Logan’s album an appreciable richness.

How did the album title,”Animal Dreams,” come about? “I dream of animals often,” says Logan, “they come to symbolize different things in my life, and the songs were reflections of those symbols and feelings.”

Logan cites Brandi Carlile and Grammy winner Patti Griffin as among her musical inspirations. That influence is certainly felt on songs like her tender “Heaven’s Door.” It’s a lovely, classic acoustic track that feels a hundred years old.

A little like Shawn Colvin, a bit like Sarah McLachlan, and one hundred-percent Kate Lynne Logan, here’s a new artist whose music you’ll want to get to know.

Look for her music on Amazon and on iTunes

Kate plays September 27 at the Grow Girl silent auction in Seattle and hopes to book some Portland appearances soon to promote the new release. Watch for her. The Changing Winds of Bob Dylan

Celebrating Soul and Artistry in Portland